Between A and B 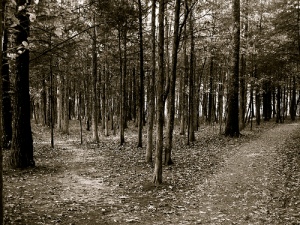 I have my Dad to thank for some of my best life lessons:

It’s that last one that I thought of while reading Decisive.

The book asserts that ‘whether or not’ decisions fail 52% of the time long term, compared to 32% of decisions between two or more alternatives.

But in advocacy, how often do we skip straight to our preferred option, often forgetting that there even are alternatives, and then wonder why we are unsuccessful in getting people to sign up for our ‘choice’…or why it doesn’t work as well as we had envisioned, even if we can get it through?

What would it look like, instead, if we crafted our advocacy such that policymakers can choose between two options, instead of asking them to say yes or no to one?

They would have to be real options, not just shams designed to make our ‘choice’ look better by comparison.

Which would mean that we would have to envision actual, viable, even desirable alternatives to our ‘pet’ approach.

Not easy to do, especially when we have invested so much, so often, in a particular route to change. Decisive addresses that by encouraging multitracking, so that we don’t become so wedded to a particular idea that we take any criticism of it completely personally (p. 55).

I am doing a lot of multitracking right now for my advocacy work around improving college outcomes for low-income students. Should we push for changes to Pell Grants such that they offer ‘early commitments’ to students whose trajectories could be influenced by the knowledge that assets are set aside for them? Encourage financial institutions to offer college savings accounts with low minimum balances? Work with states to pass progressive elements in their 529 plans? Reform student loans so that they do not strip as much wealth out of graduates’ households? Increase funding to public institutions to constrain tuition increases? Make tax policies refundable, so that low-income filers can benefit?

Because, really, what we want is the problem solved, right?

Is it that devastating if policymakers want to solve it in a different way than we might initially prefer, really? Are we so certain that our first option is the best?

One of the mental exercises suggested in Decisive, to help generate options, is to imagine that you can’t have the policy you’re advocating for today (p. 47).

What would you want to happen then? What’s your ‘B’?

And how could you use this to generate options that may bring unlikely allies to your side? And to salvage victory from the precipice of defeat? And to test innovations that just might yield some significant impacts?

And, no, I never buy those warranty protection packages.

This entry was posted in My New Favorite Thing and tagged advocacy, nonprofit organizations, strategy. Bookmark the permalink.