Why ‘networked nonprofits’ are better advocates 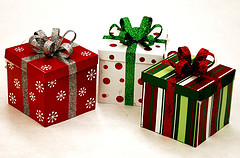 First (drumroll, please!), the holidays have arrived at Classroom to Capitol!

At the end of this week, everyone who has commented on one of The Networked Nonprofit posts will be entered, at random, in a drawing (chosen blindly by my wonderful husband) to win a free copy of the book. I’ll even pay to ship it to you!

So, read away, leave your thoughts, and get ready for a present! You are all a gift to me!

What I like best about The Networked Nonprofit, co-written by authors whose own blogs I read regularly, is their clear view of social media as a set of tools to help in our common quest for social change, rather than gadgets to be worshipped in their own right.

They urge nonprofit practitioners to use social media to change the way we think, not just the way we communicate, and that has me thinking (see–it works!) about how organizations that embrace social media as part of their strategy are more likely to also possess some of the attributes (or, at least, be open to them) that make organizations successful at advocacy, too.

Some of this is certainly “chicken and the egg”–are organizations already predisposed to hold these ways of looking at the world, and their work, or does engaging their communities via social media bring about these transformations? The answer, I think, is probably some of both, but I’m most interested in the idea that integrating social media into an organization’s repertoire could better position its Board of Directors, executive staff, and entire set of stakeholders to approach advocacy, too.

There were several points in the book when Kanter and Fine describe, and even sort of define, ‘networked nonprofits’, and it sounds a lot like how I talk about organizations that are advocacy-oriented vs. those that are more in the “band-aid business”.

This entry was posted in My New Favorite Thing and tagged nonprofit organizations, reviews, technology. Bookmark the permalink.

2 responses to “Why ‘networked nonprofits’ are better advocates”