An idea that needs to be revived–Votercall.org 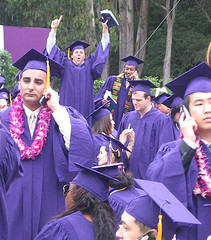 This is officially my most favoritest thing in the whole world right now. I am so totally bummed out that it doesn’t seem to be activated for the 2010 election, and trying to figure out how/who can bring it back!

It brings all of my favorite things: technology, crowdsourcing, progressive politics, and those civic-minded Millennials–together in a totally awesome idea: together, let’s get out the vote in November (and August, I’d add)!

In the 2004 elections, Votercall created a database of newly-registered voters compiled from organizations like True Majority, Rock the Vote, and Res Publica, and to allow anyone anywhere to access names of these newly-registered voters (this is public information, folks) and call them to encourage them to vote in the upcoming election. Even better, many of these new voters are themselves Millennials, totally comfortable with the idea of building relationships with unknown, like-minded peers and of sharing information through an open-source public platform like this. You sign in, access names, and make a call. The site has frequently asked questions to guide callers through the process and resources towards which to direct voters with questions.

In 2004, on the Monday before elections, VoterCall reports that 50,000 volunteers all over the country, working on their own, were making 1000 calls/minute. Awesome.

So, here’s my question: why no VoterCall in 2010? Does anyone know of a similar, broad-based, crowdsourced get-out-the-vote campaign underway? Or how I can help to start one? Or how you’re going to help to start one? Even once we achieve universal, same-day registration, we still have to get people to the polls, and this is the most innovative and cost-efficient model I’ve seen.

This entry was posted in My New Favorite Thing and tagged elections, technology, youth. Bookmark the permalink.