Make it work with women, and you’ll win 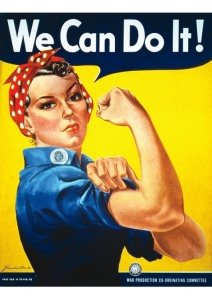 Social work is an overwhelmingly female profession. And, in many fields of social work practice, social workers also make up a majority of clients, as well.

Yet, for such a female-centric profession, we often forget that women are, also, a big part of the puzzle in terms of addressing the social problems that plague our society, too. We fall into the myth of ‘gender neutral’ communication and outreach and advocacy, even though we really know better.

And then we wonder why we don’t have more supporters, or more advocates, or more donors.

One of the most uplifting books I read this spring was The She Spot: Why Women are the Market for Changing the World–And How to Reach Them. It’s an easy read, by two awesome and talented women who know how to communicate and, most importantly to me, are super committed to social justice, writ large. So you should really read it. It has a lot of good examples, too, and they’ll get you on the very first page when they describe their disgust and disdain for a get-out-the-vote website, aimed at women, wreathed in pink flowers. Seriously.

So what can we take away from these lessons to adapt our current campaigns and make them resonate with the very folks who will help us get to victory: women?

One of my favorite pieces from the book is their emphasis on how women share information, a reality very much a part of my life (where I get and give advice and resources with women in my social networks all the time). It’s not only true; it’s guerrilla marketing that, for advocacy, has the advantage of not only being lower cost (because your leaders are carrying the message for you) but also more likely to lead to success (because people who are asked by those they know to take action are much more likely to than those more passively solicited). This means empowering your leaders to shape and disseminate messages themselves, reflecting a reality that, in this digital age, there’s no such thing as total ‘control’ anyway. This means taking advantage of social media and other emerging technologies to help people connect, not only to your cause, but to each other. It’s a core principle of community organizing, really: for men and for women, it’s all about relationships.

The authors’ discussion of ‘cultivation’ focused primarily on the fact that women tend to be tougher customers, in terms of supporting causes, but fiercer and more loyal supporters once they’re on board. To me, though, this principle demands power-sharing, too; what better way to truly bring women into your fold than endowing them with power to make decisions and help to chart strategy, and being transparent so that women can learn to really trust what you’re doing and where you’re headed? And, of course, they make the key point that these kinds of commitments on the part of organizations will also, often, attract support from men, as well; while reaching out in a stereotyped way can turn off either gender, paying attention to the need to cultivate deep relationships with your potential supporters will bring men along, too.

The authors talk a bit about women’s lower rates of political giving than men, with some insights that are very important for advocacy work and, even, for direct services. They make a compelling case that getting women to participate more in the political process as donors requires helping to draw connections between those contributions and the results they can generate in the policy sphere; women already care about the issues, what they need to believe in is the process. And that means we need to be rigorous about evaluating our advocacy, work, too, so that women have reason to trust that process and to see connections between their contributions and activism and progress in the social concerns about which they’re passionate. AND we’ve got to make participating in social action feel just as good as direct service; too often we bemoan people’s greater willingness to get involved on the micro level while we ignore the need to feed people’s spirits in our macro work, too.

Finally, it occurred to me as I was writing this post and pulling dozens of sticky notes off the pages of The She Spot, doing advocacy in a way that appeals to women (as targets) will appeal to women as organizers, lobbyists, fundraisers, and coordinators, too. I have little notes saying, “how fun!” in the margins of so many of their examples (like the house parties to show a movie about sex trafficking and have hosts lead discussions and coordinate petition drives among their friends and colleagues). That’s not surprising because, after all, I’m a woman. And since women have been at the heart of every movement for social justice in the history of this country, playing critical, if not always heralded roles, and since we make up the majority of staff and supporters and volunteers of nonprofit organizations today, and since many of the social problems we’re collectively trying to address disproportionately affect us, well, then, we should get to run these campaigns our way.

This entry was posted in Analysis and Commentary and tagged advocacy, community organizing, reviews, women. Bookmark the permalink.