Behind the curtain: Obama for America’s New Media Triumph 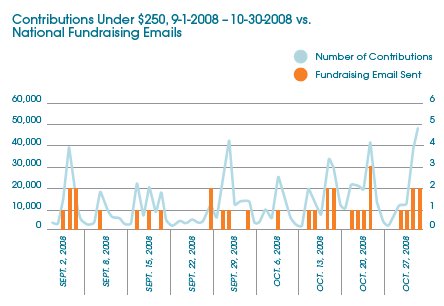 In spring 2008, one of my savvy students asked for part of our ‘open lecture’ during the Advanced Advocacy & Community Practice course (I left one week open for students to request content related to skills/themes that they had particular interest in or wanted to develop more, in preparation for practice) to be dedicated to discussing the successes of the then-Barack Obama campaign in the area of technology and grassroots organizing.

Now, with the advantage of hindsight, I thought I’d mark the one-year anniversary of President Obama’s election with some thoughts about how that campaign changed how political campaigns in the future will use social media and other emerging technologies and, more importantly, the lessons for any community organizer/aspiring activist that can be culled from an evaluation of Obama for America’s efforts.

Helpfully, some of the folks that ran the new media components of Obama for America worked with independent consultants to prepare a report that attempts to quantify and describe the return on investment of various components of that strategy and (thanks to having a former community organizer for a President?) draw conclusions for nonprofit advocacy organizations.

Even a year out, it’s still pretty amazing to reflect on what Obama for America was able to do–an email list of 13 million people? More than $500,000,000 raised online? They’re careful to offer the caveat that, of course, Barack Obama had something to do with that success (not exactly replicable by every nonprofit organization!), but there’s a lot that’s tremendously helpful here. It’s worth reading, and it includes examples of email texts, screen captures, and other archival material that illustrates their key points.

This entry was posted in Analysis and Commentary and tagged community organizing, elections, politics, technology. Bookmark the permalink.